Some of you reading this have are unfamiliar with the pain and frustration of living in a mountainless city. Some of you might live in a city surrounded by skiing opportunities—cities with shuttle services to popular resorts and public transportation that will take you back to your apartment after a day on the slopes. While I am certainly not in that wonderful position, I thought I’d take a moment to share some of the most ski- and snowboard-friendly cities in America. There are, in fact, a lot of them. I just don’t live in one. So, if you want to mix city life with weekend shredding, consider moving to one of these places. If you’re stuck in a flat city like me, refer to nearly every other piece of content on this site.

Keeping City Folk on the Slopes 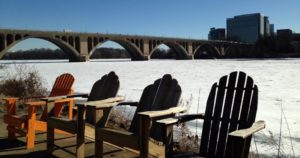